In 2016 and 2017, I began introducing students to connecting their resumes to their social media presence. We continued with the Scavenger Hunt and also added to the Career Services module to encourage them to begin thinking about internships, summer jobs, and how they will eventually look for a job after graduation. The goal was to get them to think about their life after graduation during their entire UT career.

For Fall of 2015, I am introduced a new way to fulfill the “get to know you” exercises that FYS classes perform in the first session. Previously, these have been simple sessions where students would draw pictures in groups, or introduce a partner after interviewing them. Using Nearpod, I created a presentation to get student interaction in a way that can be shared more easily with the class. 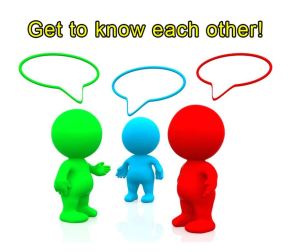 For FYS 101 in Fall 2014, I experimented with introducing students to social media. As well as encouraging students to get to know campus in a more thorough way by using the Campus Involvement assignment as a Scavenger Hunt rather than simply telling students about services available to them.

For FYS 101 in Fall 2012, I took the required lessons and laid them out in a such a way to make them appealing to students and to better link them together. During this time, I combined the financial planning lesson and the time management lesson over two class periods but with the same topic, giving the students an idea of how to handle both time and money.